Time for the Shake Rattle and Roll Show

Time for the Shake Rattle and Roll Show

It’s time for the Shake Rattle and Roll Show! Our fresh rock and roll show. Music you can dance to. All of your favourite hit songs from the 50’s and 60’s. Featuring songs by artists such as Bill Hayley, Chubby Checker, Elvis, Tina Turner and many more. This week we have been presenting our shows at the Stockland Retirement Villages thanks to Entertaining Events. In March you can attend the Out of the Square Series of concerts. 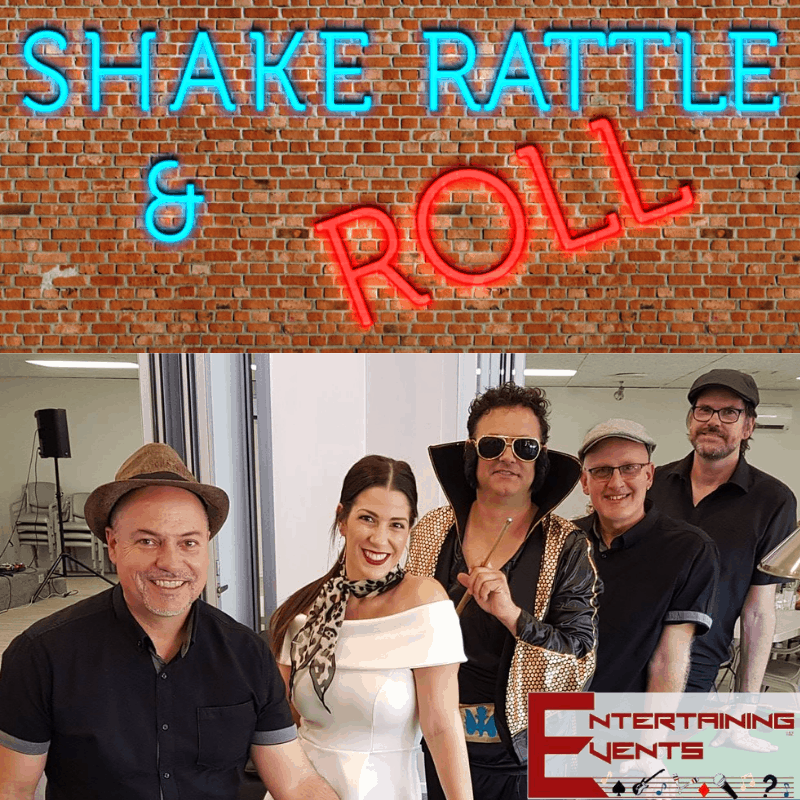 Matinee performances during the day. Mostly in the mornings with a couple of afternoon shows. Morning shows beginning at 11:00 am. Firstly, Tuesday 12th March at the Marion Cultural Centre. Next at The Arts Centre Wednesday 13th March. On Thursday 14th March an afternoon event starting 2pm at Golden Grove Arts Centre. Finish the week of at The Parks at 11:00 am on Friday 15th March.

The following week begins with a morning show at The Shedley Theatre on Monday 18th March. Next up is an afternoon Show at the Victor Harbor Town Hall from 1pm. Final event will be at the Murray Bridge Town Hall on Thursday 21st March at 11am.

Themed costume changes and audience participation. Dance routines and sing along to your favourite tunes.  Presented by award winning band Pulse. Part of many special shows they create. They have presented previously – The Sensationals and The Desirables. It is time to slick your hair and travel back memory lane. Don those groovy dance shoes and get moving and rockin!

Did you know Pulse band is also presenting at the Adelaide Fringe. There are still some tickets available for their Mambo Italiano Show. This will be held at B Social Restaurant on Saturday 16th of March. It is a dinner dance specatacular! For dietary and special requirements and to arrange seating please contact Teresa bsocialadelaide@gmail.com or 08 8261 7745

Pulse band is ready to Shake Rattle and Roll you all – It’s Show Time!